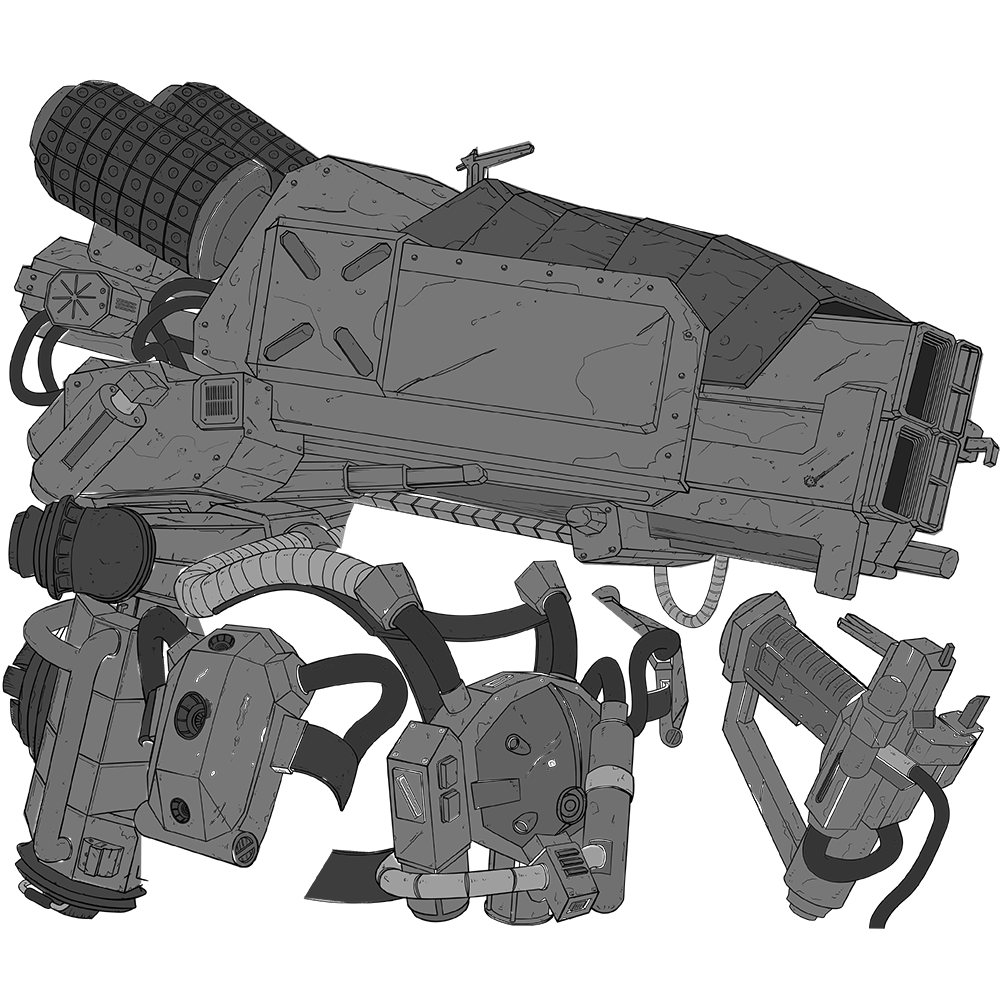 Once the Freight Wars hit the peak of their pendulum and the battle was squarely fixed among the stars, Bombshots sounded at every turn. While common enough in surface-bound skirmishes for some time, it wasn't until Man Earlie's brazen recruitment of some of the cruder elements of Drifterdom that the Fringe's character in combat really came into its own. Float-shooting was a well-practiced art going back to when Chanko sat on the braided throne, but none had seen the scale nor chaos of the EVA bastards of the Freight Wars. Spose that's what you get when you send rustlers and pirates - uninitiated and unhindered - into the realm of total war. And in the great vacuum, bombs are king. No matter the shape, they'll fly true as bolts and far as a longrail's hurl, all while packing the punch of a shipkiller. It's the Kickback that really opened the floods, with stabilizing backthrust synced to shot, ensuring a static platform for an ace bombsling. With war in the Fringe dormant, you don’t see these so much. Too cumbersome for independent scrapes. But once those battalions form up again, as they're bound to, I expect to see the old Kickbackers shake off the dust.