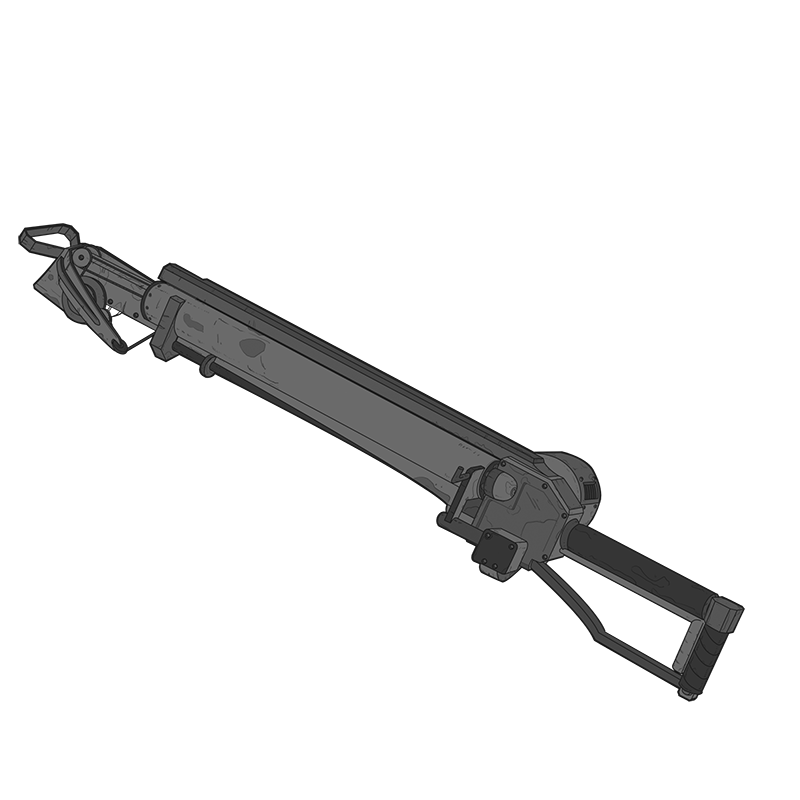 A good ole bolt harp is a beautiful thing. Cheap ammunition. Powered purely by the tension you bestow with your own muscle-borne torque. No charge needed. And this specimen goes down in a particularly creamy way. With Calson Wight's old-world heritage of premium manufacturing tolerances, grease or no, this harp will work for ages. Six-shot cylinder and lateral crankshaft for a blistering fire rate when it comes to bolt slingers. Crossbows are a hunter's companion, full stop. There's not any harp that'll stand fast against a set o rails. But if a harp is all you got, a harp'll do nicely. Full disclosure, if you've sensed I wax sentimental, twas this very edition that punched me and the boys into Mad Foreman Jonesy's office back in the day. Wary of mutiny, the bosses put a ban on rails, forcing all the miners to heft picks and shovels, which in turn put a vice on morale. If I've learned anything in my Fringeling career, it's that paranoia more oft than not only serves to expedite the feared outcome. And Jonesy's corpo-kips made the mistake of still keeping three Calson Wight Crossbow Revolvers in the gastro-locker. Their mistake. My big break.