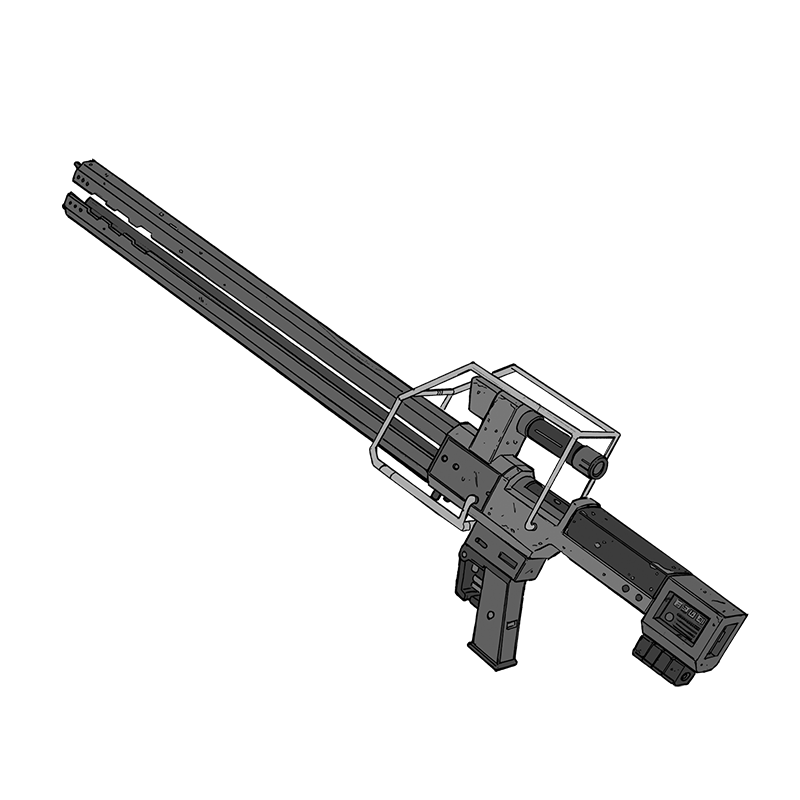 Shame my Stalkers didn't nab the namesake. We were throwing metal off these rails well before Seb Faulk got it in his loon to bag that abominable ice creeper. I love this piece, but it always comes with the faint stank of petty jealousy. It teeters on the crest of laughable to call it a hunting longrail. I know Grom presents it as such, but anyone with flashmarks on their knuckles will clock regulatory trickery from half a square away. The HR40 is a sniper of the highest order, crafted to exceed the rigors of combat. When I lay eyes on the Icepick, my mind wanders to the Cove Stalkers and the immaculate crescent we clamped on Boscoe Rim. Five longrails was all it took, painting two bands worth of Redtops full-cycle til the very last of those dumb-faced raiders smacked the bog without a single loss on our side. But the fable Grom wants twinkling in your imagination is that of Faulk's well-documented creeper hunt on Cester Fraesh. The frozen leviathan, heaved from beneath the ice and bolted straight through the cloaca with giant-rending velocity by none other than the Grom HR40. The thing is, hunters don't tend to favor rails. The high-register crack is graslap for most game, that is, room-clearing. Rails worked for Faulk because his trophy possessed no auditory organs, but for the rest, it's just fundamentally a poor choice. Not only with respect to the crack, but also because the sophistication of the instrument is likely to befuddle your hullstock trophy hunter. Seb is a friend of mine and a BC gentleman, so I hurl no shame in his direction, but save for Faulk and the Kano of yore, trophy mongers are a crude bunch, favoring leem powder and crossbows for the most part. But I digress. Short of cake, it's an exceptional longrail with almost no falloff across ranges that push the limit of the rail paradigm. It's a true saber in my book, not some trussed-up hunting toy.