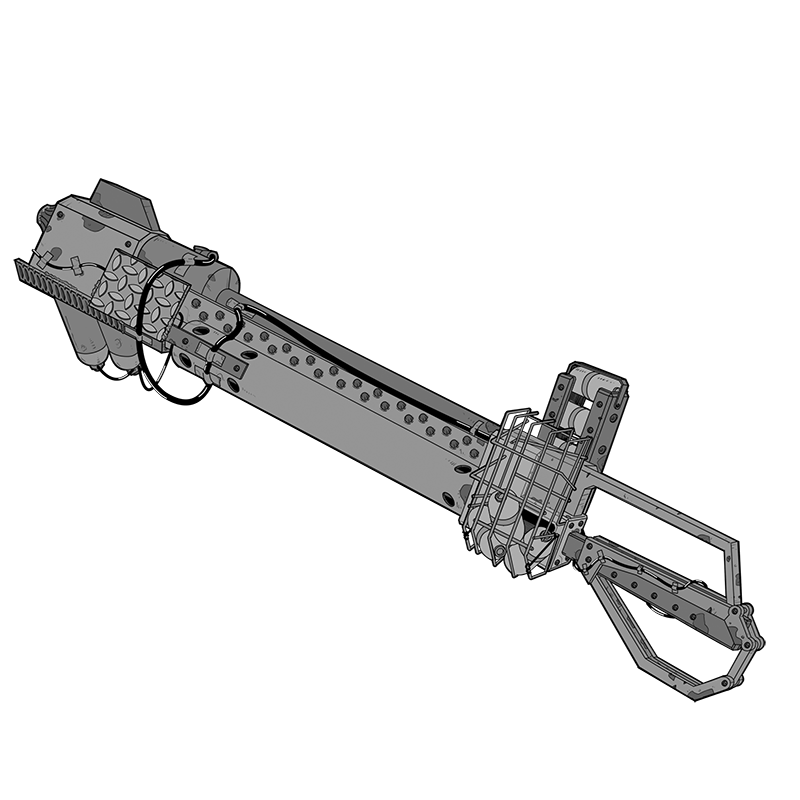 I've borne witness to all flavors of atrocity. There's little left within the vile tapestry of human experience capable of rattling my humor, yet I still shudder at the sight of this piece. "Cream Steamer" is a jape of a name, coined no doubt by its savage acolytes. The concept of respect rings as hollow as their skulls amongst the likes that would bear this evil. I've seen it's victims. Were I to conjure a moniker, it would be "War Criminal". But I've long learned the folly of applying any expectation of civility to the animalistic machinations of The Fringe. No upstanding manufacturer dares to hawk the likes of an incendiary chemical scattergun on the legal market. No, this is a junkyard build. Cobbled from scrap and repurposed components, yet the core schematics have spread like the wildfire it creates. Sticky fire, scattered in globules like spittle from the mouth of a child. There is no precision to be had here, only chaos and destruction. Now I'm one to leverage almost any tactic for strategic advantage, but this is crossing a vivid demarcation, a border of the mind that is as rational as it is moral. One must be bereft of all intent save for the consumption of life itself - including one's own - to heft the handle here. The darkest day in Cove Stalker history fell to a swarm of scattergun-toting holdouts. Now I took no side in the Freight Wars, so I hold no allegiance there. But after the Free Squares Treaty, there remained pockets of fanatics and nearly all of them claimed allegiance to Earlie. That man curried all manner of reek as he scrambled to cling to his sway. He extracted venom from the darkest recesses of space that I reckon should have been kept in the glands. Cultists and marauders honor no law, nor should they be approached with any such presumption. I thought I knew this, but I underestimated the depths of their methods. Death by sticky fire is slow and loud. Never again. Savages, all.