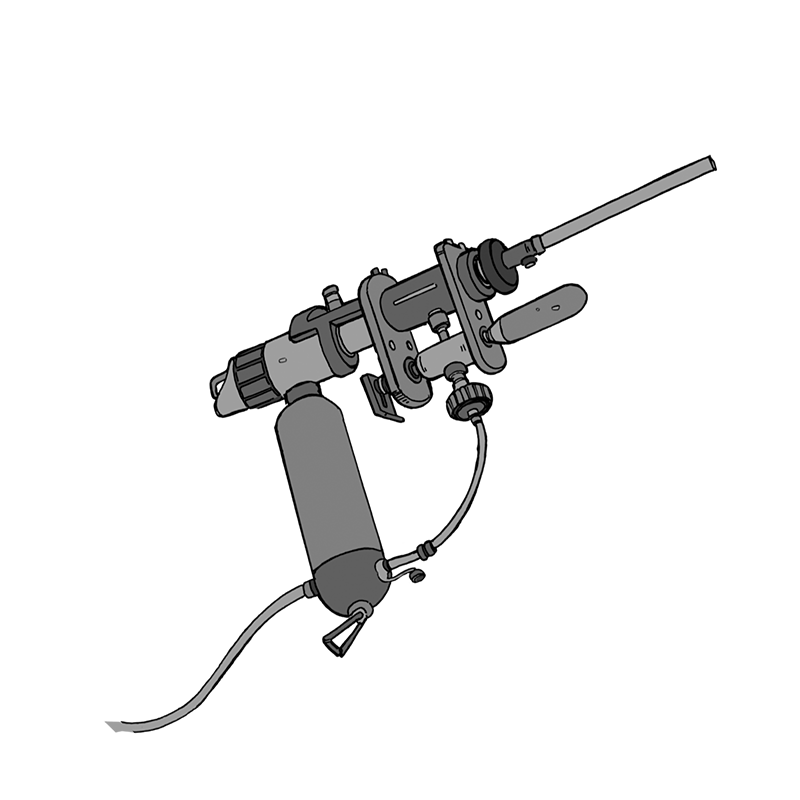 Yet another in the long list of meant-for-this, used-for-that. And since it's in this book, reckon you know for what. It's a nozzle, capable of streaming whatever pressurized solution or foam the user requires. There's not much more to say. Twas designed for medical and chemical craft. The application of adhesives and solvents. Anesthetics and liquid bandages. But, of course, it wouldn't challenge even the most unimaginative to reckon how this might be turnt toward lethal ends. Caustics, combustives, even boomerfoam injections. Rapid expansion can be a deadly force and I seen the aftermath of many applications...be it inside the engine bay of a transport or a man's nostrils. Just a flick of the shiv in the Nozzle's governer and you got a sure stream arcing twenty lines forth. The Stalkers were once commissioned to seize a rogue furgame processing facility. Trappers use these nozzles for rapid embalming and logistical taxidermy and this op was kitted to the roof. Once they smelt us coming, all those nozzles were hooked to septics. You'd be surprised how impactful a stench can play on the battlefield. Industrious little fuckers. Human excrement woulda packt enough puke to play nicely, but the thing about trapper septics is they're also rife with animal organs. After the first breach, my boys came back so ripe, none of us was gonna touch a rush. No questions there. Little shits turned a quick cycle job into a season-long waiting game, picking stragglers once their supply spent and they hadta gather fodder. Stankest mid-season of my life.