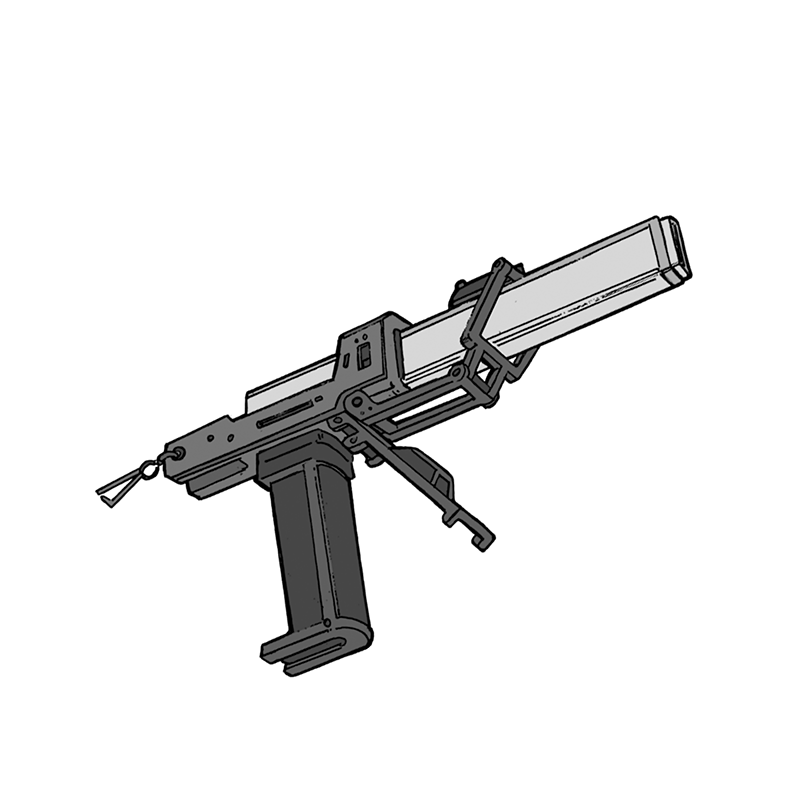 Lawson General really pulled the pin when they dropped this piece into the market. While presented as an innocuous flaregun available at any haberdashery, it was only a matter of cycles before the aftermarket was plunging with all manner of lethal munitions compatible with Lawson's stock firing handle. For the cost of a hot meal, any ruffian could dazzle the bandolier with his pick of poison: slugs, scattershot, torches, even sedgas and smoke. While these hack rounds were quickly outlawed in Beshtala-Chanko, enforcement was another matter. Squarepakt in bar crates, a simple watchword was all that was needed to functionally hawk firepower from behind the counter of any corner shop and BC gutters began to flow with spent candles. Out in The Fringe, no such elusoration is necessary. Candlesticks flow free, allowing even the humblest of Drifters to get quipt for half a shortstack. As such, Lawson General's "flaregun" has become a staple piece of kit, be it for precautionary or more insidious ambitions. As such, The Candlestick has become both a menace in the streets and a safety net for those otherwise disinclined to armament. Still, these one-shot poppers are no match for the rapidity of a good set of rails, so it's not been too much of a hamper to true businessmen. But sometimes one shot is all you need. In the wild reaches of The Fringe, I reckon it's best to get quipt lest you get cramped and at the very least, Lawson's got you covered there.