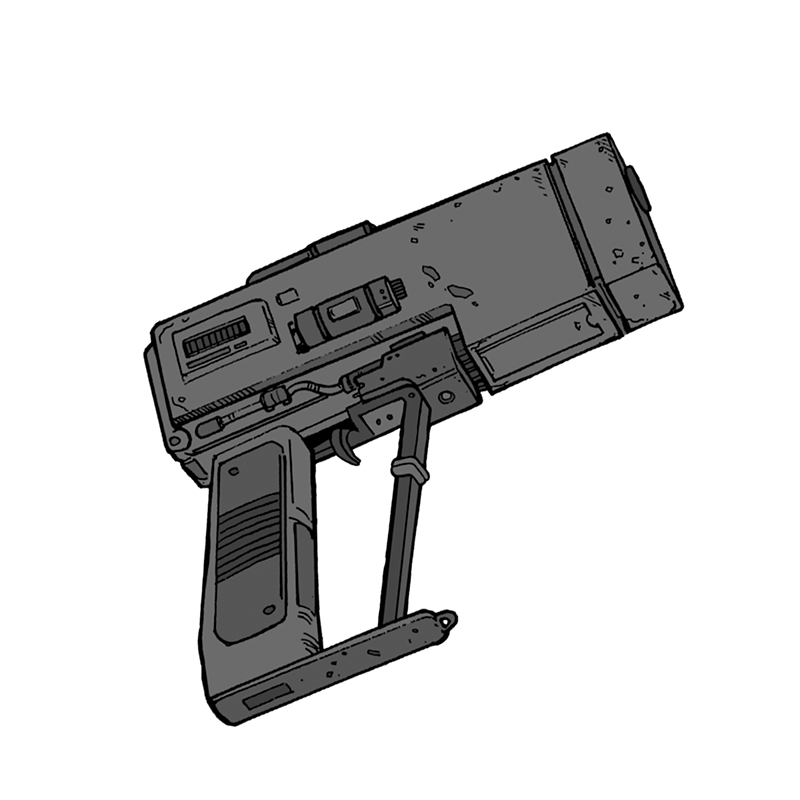 Seems The Fringe has a way of fixing everything into a weapon, doesn't it? Such was the journey of Solid Metal Harvesting, a humble but quality manufacturer spect in subsurface mining tools. And the introduction of the Compact Koltso seemed to seal their fate in that regard. They're effectively a weapons manufacturer nowaways. I mean, throw your eyes on this thing. It's supposed to be a chiseler, that is, a small mining railgun for precision vein-chasing deep in the tendrils of a reticulum dig. But if to cramp is your wont or your mandate, it's an easy slip to turn these rails to chest or temple. The hole-puncher, ha! Apt. All fairly, a piece like this'll never sling the range of a model made for combat, but punch a hole it will and with an overabundance of confidence for any matter the human form has to offer. Tis a chiseler after all. And while the larger spears govern themselves to a certain extend due to their unwieldiness and niching, a chiseler is just a trigger pull you can hide in your pants. Gotta keep my bonebox locked on specifics per contractual obligations, but not gonna say my Stalkers didn't have to purge a shake of workers' coups thanks to the ill-advised quipping of Hole Punchers to whole contingents of rock humpers.