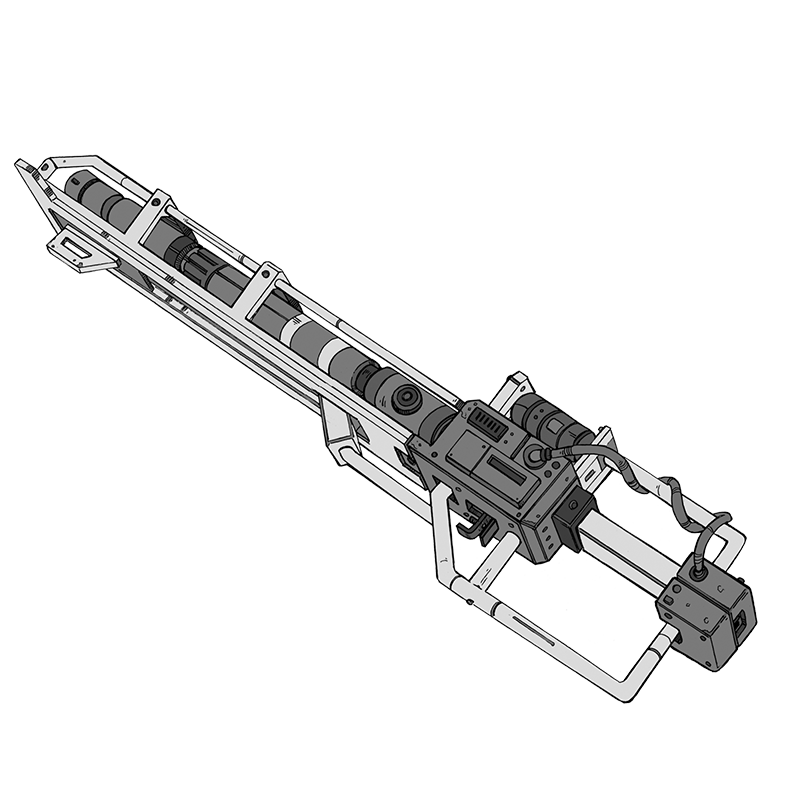 Pure energy, dilated to a needle blade. Tis a scary thing. Scarier still when you realize it's a ghost, invisible to the eye. The power drain to run this sort of kit is hefty. It's a cumbersome craft, mandating vat batteries, generators, or a direct tap into a starcraft engine to find it's fury. But that, in my view, is a reassuring tradeoff for the sheer destructive force the Death Beamer spews from it's massive prick. If any cove could waltz with a sabre of this magnitude, the world would be a different place. But no man, save a mech, could wield this beast on the surface. A natural governor for a terrifyingly potent chaotic energy. Course, float is a different arena. A silent slice splits a hull, and spills all innards into the void - be they treasure or soft-tissue. But another fortunate governor is price. These things cost no trivial pile of coin to both acquire and maintain so they tend to run in only the shiniest of mining crews. Once got called into a corporate roid dig that got rolled by pirates. Had just one of these Beamers on roster, but soon as that bit of intel came down the wire, we spun our ships round. Ain't no way seige skiffs should be anywheres near a Death Beamer in the hands of a pirate. Had to call in the big lobbers on that one and I admit I breathed a mite easier knowing one more of these beasts had been evaporated from the dark marketplace.