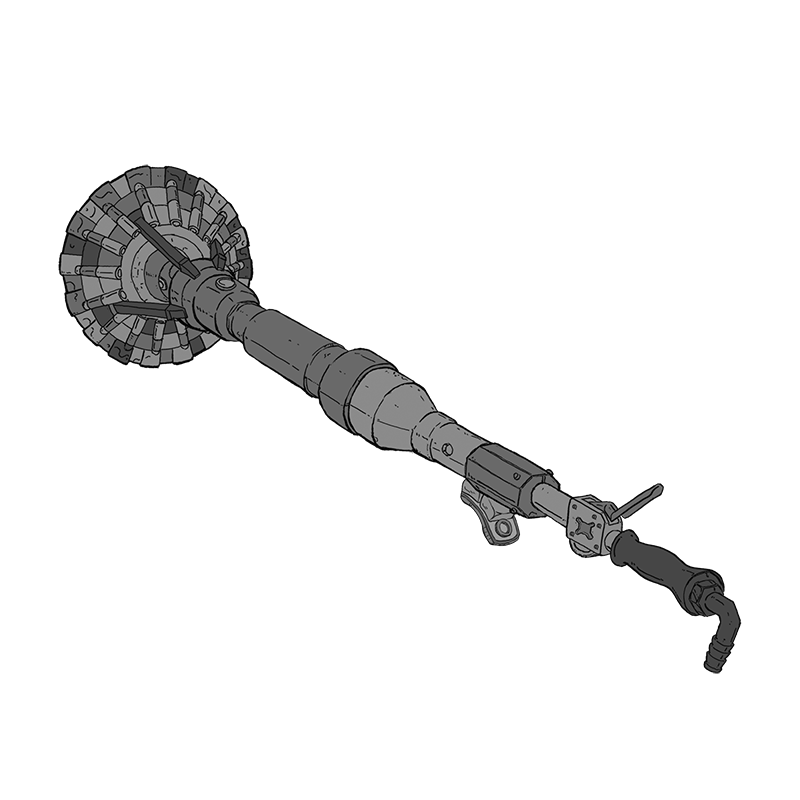 There are no flat planets but everywhere it spreads, the human virus seeks to flatten each planet it encounters. Wherever there is a mountain, grind it down into its mineral parts. Wherever there are holes and fissures, fill them in. Wherever there are swamps, drain them and plant the old crops planted everywhere else. However innocent the soil tamper appears, it is the totality of human fantasy made manifest in a simple tool. Soil tampers entered the fringe for construction projects, for flattening long-term shelters and preparing field-stations for stable experiments. But miners and prospectors grokked a new use for the Round Foot, which became useful for packing barrels of spunk (FN-87). The substance, both chunky and globulent, requires painstaking pummeling for proper packing - eased by the mechanical force and chemical charge of the tamper. The Round Foot also let drifters minimize contact with the fertilizer which, with enough exposure, could corrode fabrics and, worse, lead to wasting sicknesses and mysterious maladies. The most common symptoms reported are spunk finger and spunk noz - but no reports come from the dead, unless the mediums in the bowels and warrens of the Lighthouse District are to be countenanced. The tamper also became briefly-famous in internecine conflict when a sept of spunk prospectors turned the instrument towards a foreman who had gambled away two months of work. The Round Foot could crush rock - or every bone in a hand all at once.