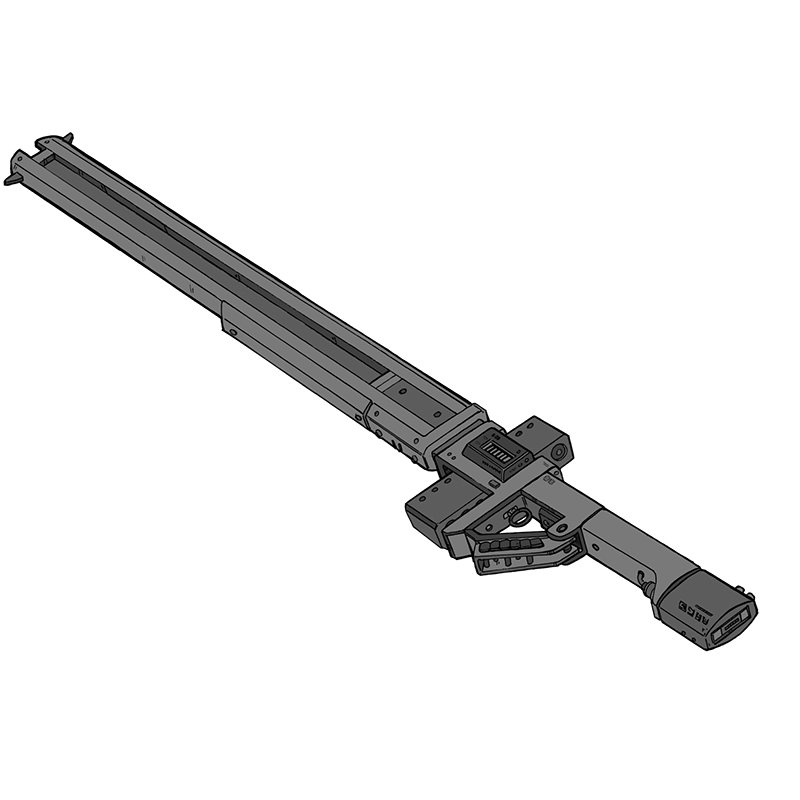 Prior to the invention of the Koltso, railguns in the Fringe were tools used to drive metal bolts into rock. These early tools, like the weapons that followed, project munitions through the use of electromagnets in the barrel rather than through chemical (or alchemical) force. They were of particular use in the narrow shafts of dredulite mines, where explosive charges risked igniting known and unknown subterranean gases and transforming sites of industry and commerce into haunted infernos. Like many stories of invention, the birth of the Koltso is an unhappy tale of betrayal. Llars Blim, a dredulite pitman, was made captive in his own mind by his two partners, who wanted to split the lode in half instead of thirds. "Miserable cravens!" he wrote years later. "They would not even annihilate me themselves but left me to suffocate slowly in the nether world. Little did they think that I - careful as always, cautious as always, cunning as always - had cached a second breathing tank in the crannies of an abandoned seam. After two days they opened the mine, thinking to find my corpse. What they found instead was their own DOOM - writ by the barrel of my railgun - and their own tomb!!" Recognizing the martial possibilities for the tool, Llars developed the Koltso as a weapon in itself. The conductive capacities of dredulite provided an efficent metal for the electromagnetic circuit of the Koltso, but it never became a light weapon. The weight of the Koltso, and of the heavy charges necessary for powering the circuit, make it suitable only for mercenaries and other drifters dedicated to securing assets.