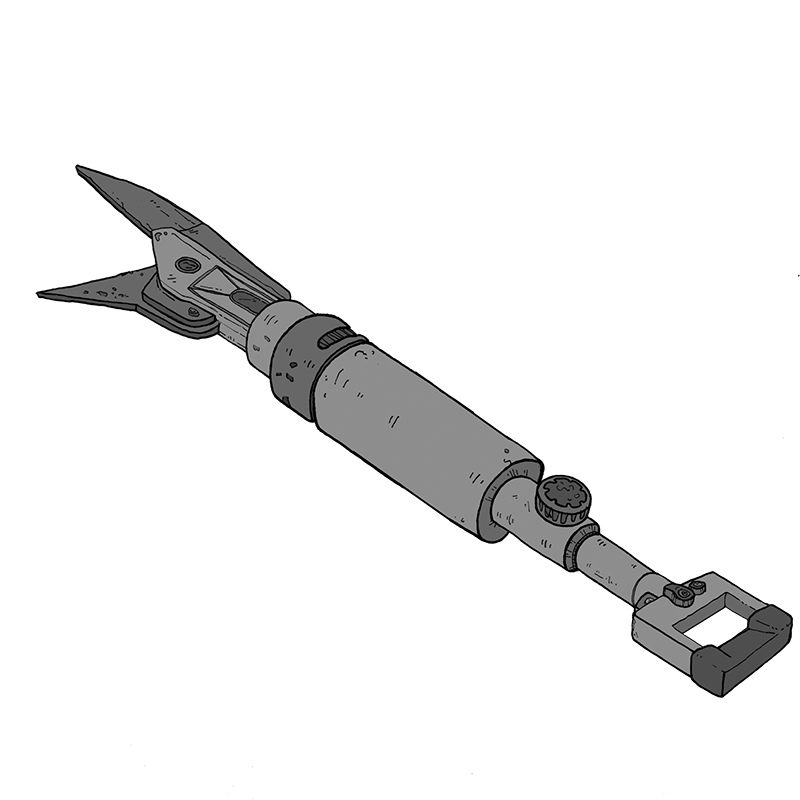 When the Beacon Slope Landslide buried the northern districts of Heddy's Spit in mud and water and broemite tailings, Ruggle was in the hills inspecting his mines. There had been certain rumors. Prospectors setting down their tools and disappearing into long-abandoned branches. Strange echoing whispers channeled through the earth by metallic veins. Purple vapors on the edge of vision. These rumors came amidst other problems in Ruggle's refineries and foundries. For years, the mid-day meal for the foundry workers was prepared by gastrotech Fani Piredi who, through her spagyrical culinary practice, could transform alien roots, tubers, and lichen into edible cuisine for the masses. This was a happy arrangement until Ruggle refused to supply salt - an expensive import - for the company kitchen and Piredi resigned in disgust. Hungry workers are unhappy workers. Ruggle knew all of this and yet, when he boarded the gondola to descend back to the city, little thought of what dreams of violence an unhappy worker might dream. In the chaos of the monsoon and mudslide, no one noticed the Hinh sisters clamber on to the lower gondola platform with their powersnips. These clippers were foundry tools, used to shear and trim broemite rods in the absence of large-scale machinery on the planet. Powered by ESE cartridges, the snips employed explosive force and - however they were advertised - required sharpening long before they required new sources of power. So, when the Hinh sisters brought their powersnips to the gondola platform, it was but the work of a moment to sever the two cables bearing Ruggle's cabin and plunge him into the curdled earthen maelstrom below. There, the story goes, he found what he was looking for in his mines.