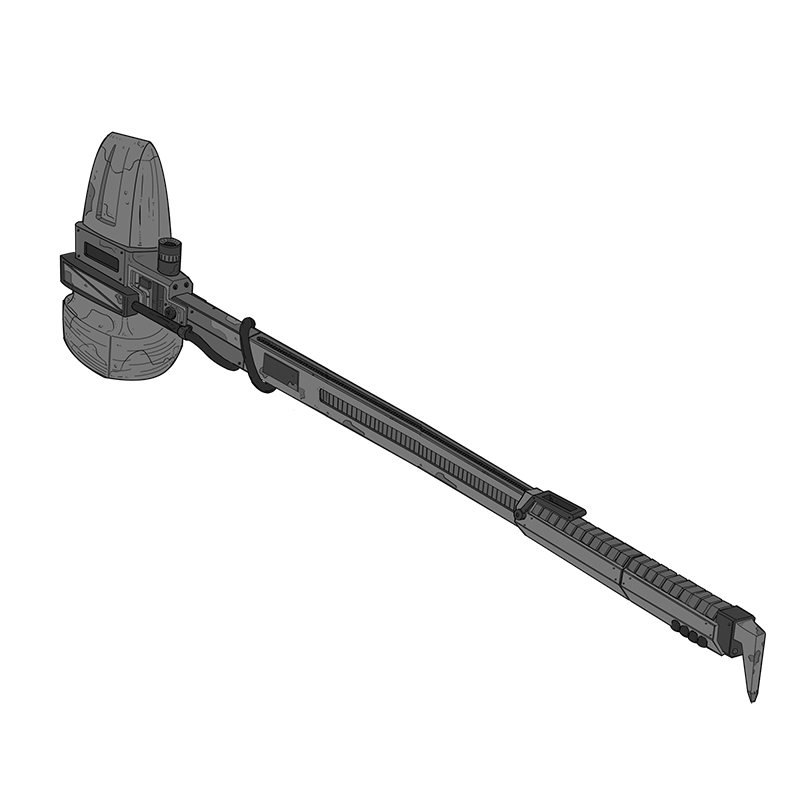 This is an unwieldy best, but alarmingly effective if you can wrangle it's heft. Used surface or float, nothing stands in the way of Chanko's Power Hammer. It's apt nickname comes from it's headline feature: a grip-activated chem-powered thruster at the hammer's head, lending the user supernatural smashing power. Tread with caution, though. While the power it bestows is undeniably appealing to anyone looking to breach hard, if you lack the personal mass the control its trajectory, violent side-effects can ensue. Shattered legs, ricochet backlash, and uncontrolled flying spirals are not uncommon among denizens of the Thruster.