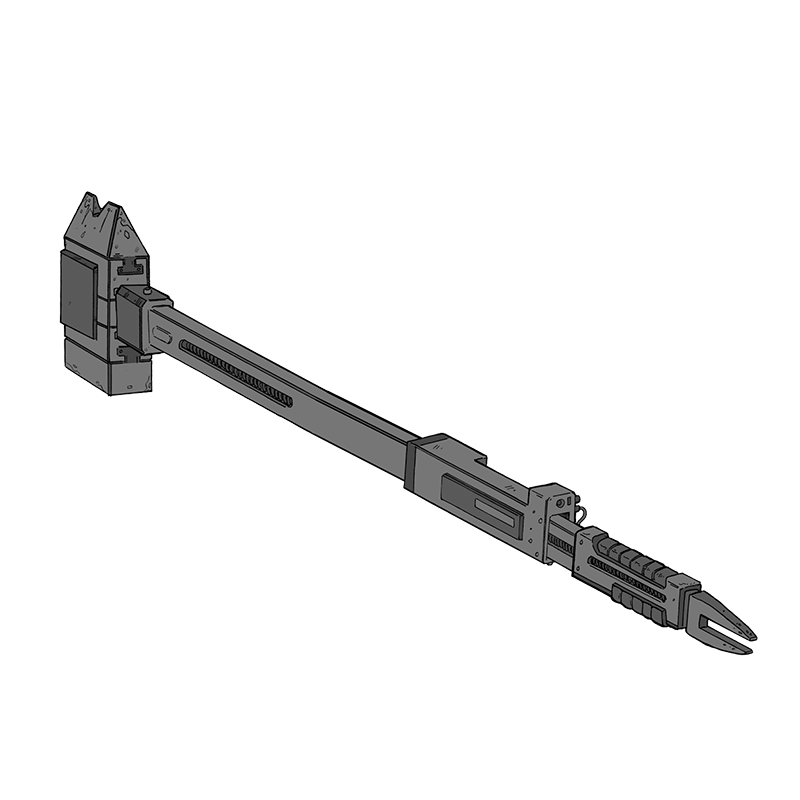 A lighthouse on the coast, but without a single ship, raft, or dinghy on the dismal seas. The structure was made, instead, to mark the steep incline of the coastal hills and prevent incoming pods and landcraft from crashing in the frequent and heavy fogbanks that afflicted Heddy's Spit. The lighthouse itself was unhurt in the Beacon Slope Landslide, but the ground beside it opened up anyway: a maw in the earth that delved deep, deep into the bedrock. A prospector with some amateur and dilettantish studies in rocks and soil declared it a geological mystery, saying that granite (it was not granite) should not be collapsing into sinkholes. Peering over the guardrail at the top of the lighthouse, it looked like some giant tunneling machine had pointed towards the core and bored itself into oblivion. The trouble began when the keeper wondered, instead, if some creature, or thing, or devil had burrowed out. Tupper began to preach to anyone who would listen of the horrors that would be visited upon Heddy's Spit - an easy thing to do when half the settlement was already buried in mud and rotting from flood, and when the miners and prospectors were already huddling together for warmth in the dark. Tupper the Younger, as he styled himself, gathered those lost drifters and incited them to take up their hammers - not for profit but to construct a temple to the unknown specter that, he imagined, had slouched out from the caverns below. The hammers were elevated tools, designed with electronic cuffs that negated the painful vibrations which came from slamming heavy bricks of metal into rock. They had dreams of domes and spires and arabesques, a real cathedral in The Fringe. Without a single architect, mason, or legitimate builder, they could not build even an arched doorway for the entrance. The thing was squat, made of crude blocks of stone in a complex that wrapped around the pit - the lighthouse on one side and a nave on the other linked by cloistered walkways. This was the birth of a cult that brought so much tumult to the planet. They called themselves the Lighthouse Sept.