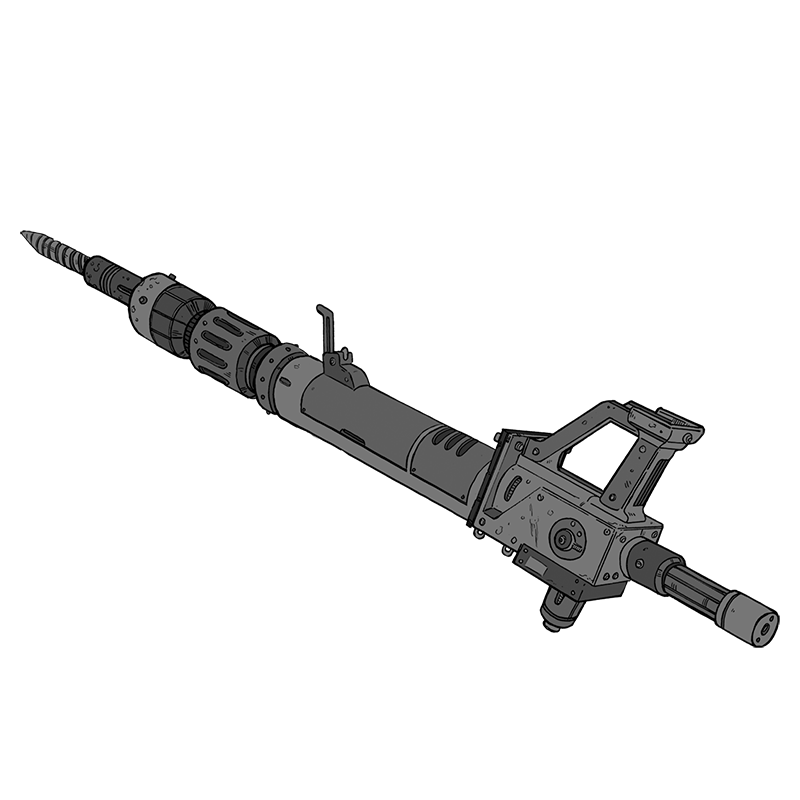 Until the development of CGC batteries, petrospectors depended on crank-operated drills, bulky pneumatic canisters and compressors, and the power of their own arms to rock-break with hammers and picks. CGC batteries, re-charged autonomously by the drill's own operations, liberated small-knot prospectors to venture further afield. Without the Ripper, it is unlikely that Ruggle's discovery of broenite seams would have fomented any sort of rush, let alone a flood. Lapidary drill bits allow the Ripper to core rock faces (hollow heads) or simply bore (rotary heads.) The portability of the Seam Ripper also appeals to rustlers, although atmosphere-stable lubricants must be meticulously replaced with dry film lubrication for the drills to be used on the volatile surface of an asteroid. The mural originally advertising the Ripper depicted a prospector on some steep scree, drill over one shoulder, ambiguous lump of ore raised victoriously over her head. The mural has since faded, but the text at the top is still legible: Get Quipt, Get Pip's.