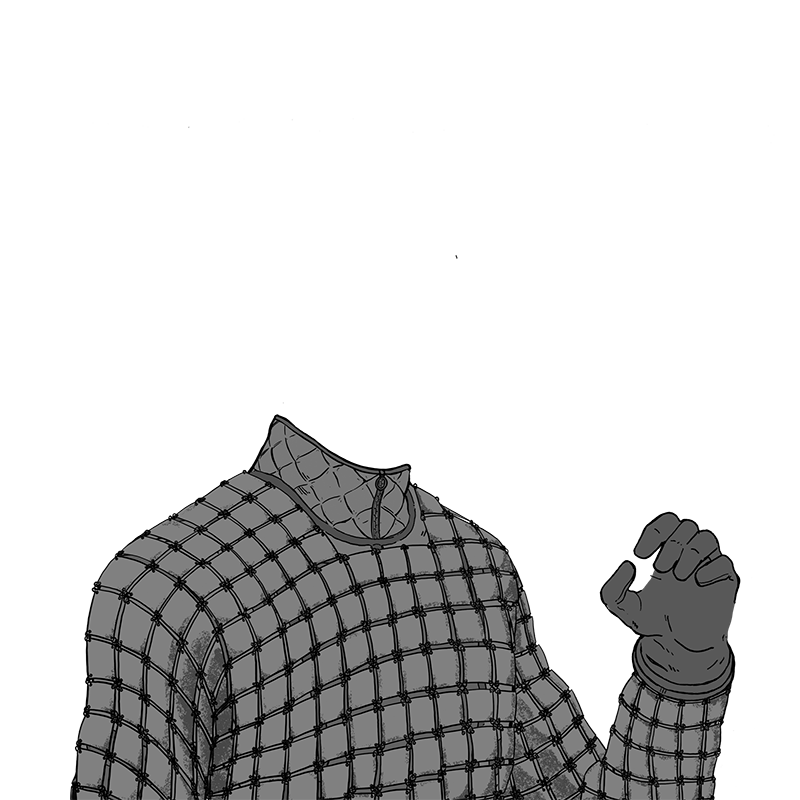 "Beware the figgy man's clack" as the saying goes. The telltale light 'clack' (though most say it's more of a chime) of hullscrap platemail announces the wearer well before they've arrived. Large merc groups that draw conscripts from the loweries of BC are issued the minimally protective plate mail so that they can move fast during raids. The mercs deploy conscripts during large actions that require extra gyre and are utilized as expendable battle assets. Being fully aware of this fact, they fight like they have nothing to lose, often carrying out their attacks with suicidal vigor, the prelude being the signature clacking' of the hullscrap platemail.