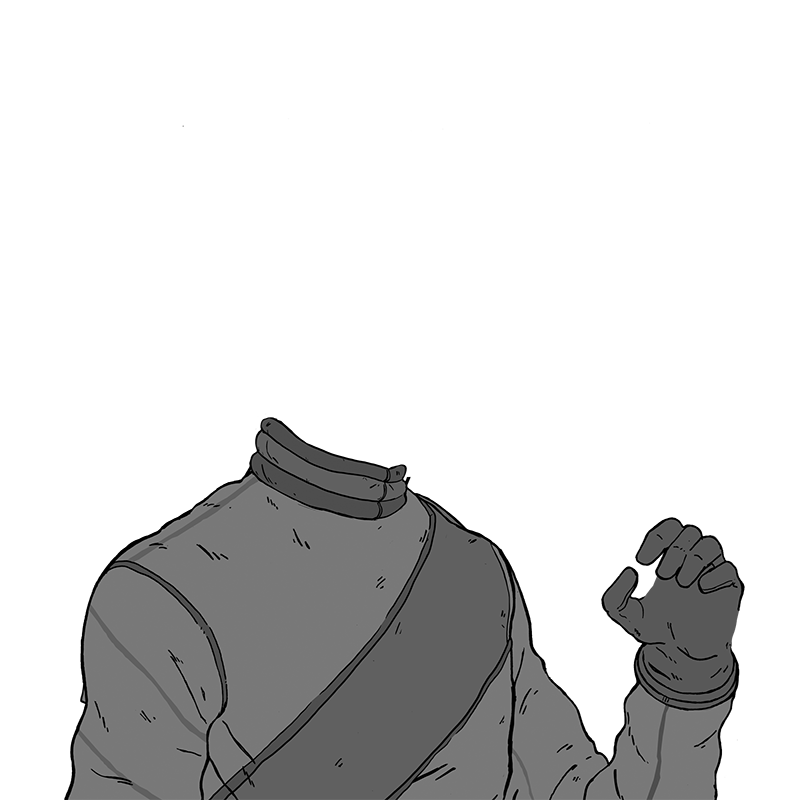 Dugall's iconic diagonal sash goes back metaseasons into the corpo-state days of the BC annals and - true to their penchant for interplanetary dominance - were some of the first "uniforms" to plant boots in The Fringe. A signifier of origin and gainful employment to some, the degradation of self to the old oppressive old money machine. Of course, when the Freight Wars kicked off, it became a banner of allegiance to the BC establishment at large. Don't mean much of anything anymore though. Dugall pumped so many human resources into The Fringe to fuel the conflict that the second-hand flightsuits of fallen kips flooded the market like bingebats in heat. Nowaways a Dugall flightsuit is near standard issue for first-gen drifters, badges tastefully removed of course. It's BC-made so it hangs service good as. Just be wary where you flaunt it's heritage. Could still get you shivved if you stumble into a holdout colony.