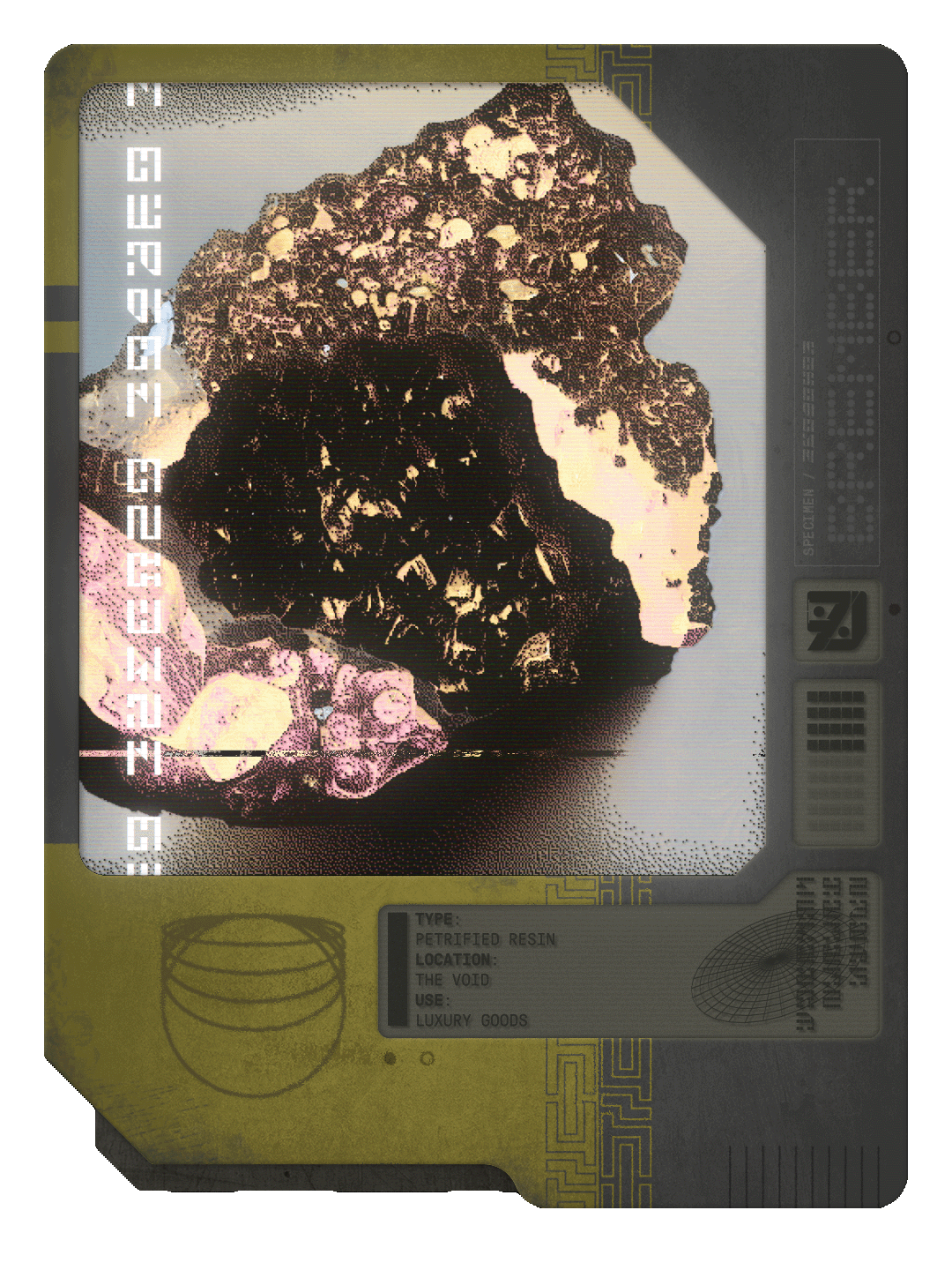 When prospectors, rustlers, and the like chant of striking it rich in the Fringe, it is often iridescent visions of brember that tantalize the lobe. Perhaps the most famous luxury export from The Fringe, the ancient petrified resin has become a rite amongst the highest tranches of the Beshtalan elites. The gems are polished, faceted, and flaunted in jewelry and all manner of furnishings - the proud bearers willfully ignorant to the countless evacuated lungs and frozen veins that infuse their acquisition. The first brember deposits were discovered amongst the Rocky Cloud, the Fringe’s largest working asteroid field. The Cloud remains the site of most brember prospecting, though the asteroids are many and those rife with brember tendrils are few and far between. As it scrapes, no surface-bound brember deposits have ever been discovered, leaving most to assume their ancient origins hail from a shattered planet long extinct. Some even believe the primordial organic matter calcified within possesses mystic powers. While several scientific guilds have mused toward unique applications of the material, its popularity as a luxury good and consequent high price have thus far curbed any significant research into novel use-cases.