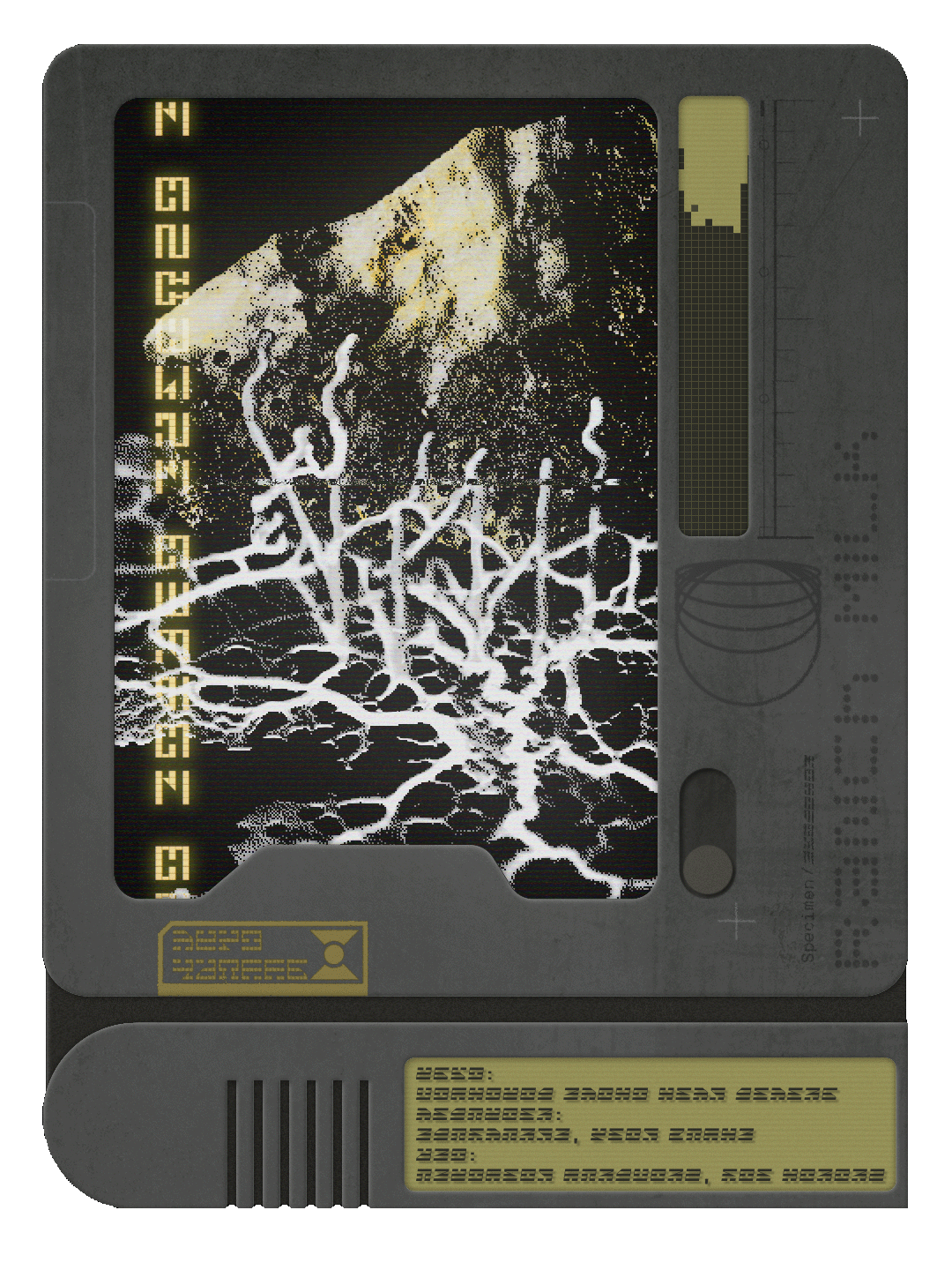 This elusive slime mold, native to the Scablands of Skarem, has become a powerful asset for the enterprising miner in the know. It bores into rock to create a viable habitat for its colony, a veritable fortress that both wards evaporation and offers protection. Once a full reticulum has been eroded, the mold colony becomes mobile, capable of carrying its home rock across the flats in search of resources. While most indigenous colonies remain humble in size, housing rocks no larger than the hand, there have been accounts of roving boulders the size of hopper turbines. Ranch Milk gets its name from its adoption by Asteroid Ranchers: mining specialists who seed the mold in asteroids, returning later to harvest the metals the caustic mold leaves behind.