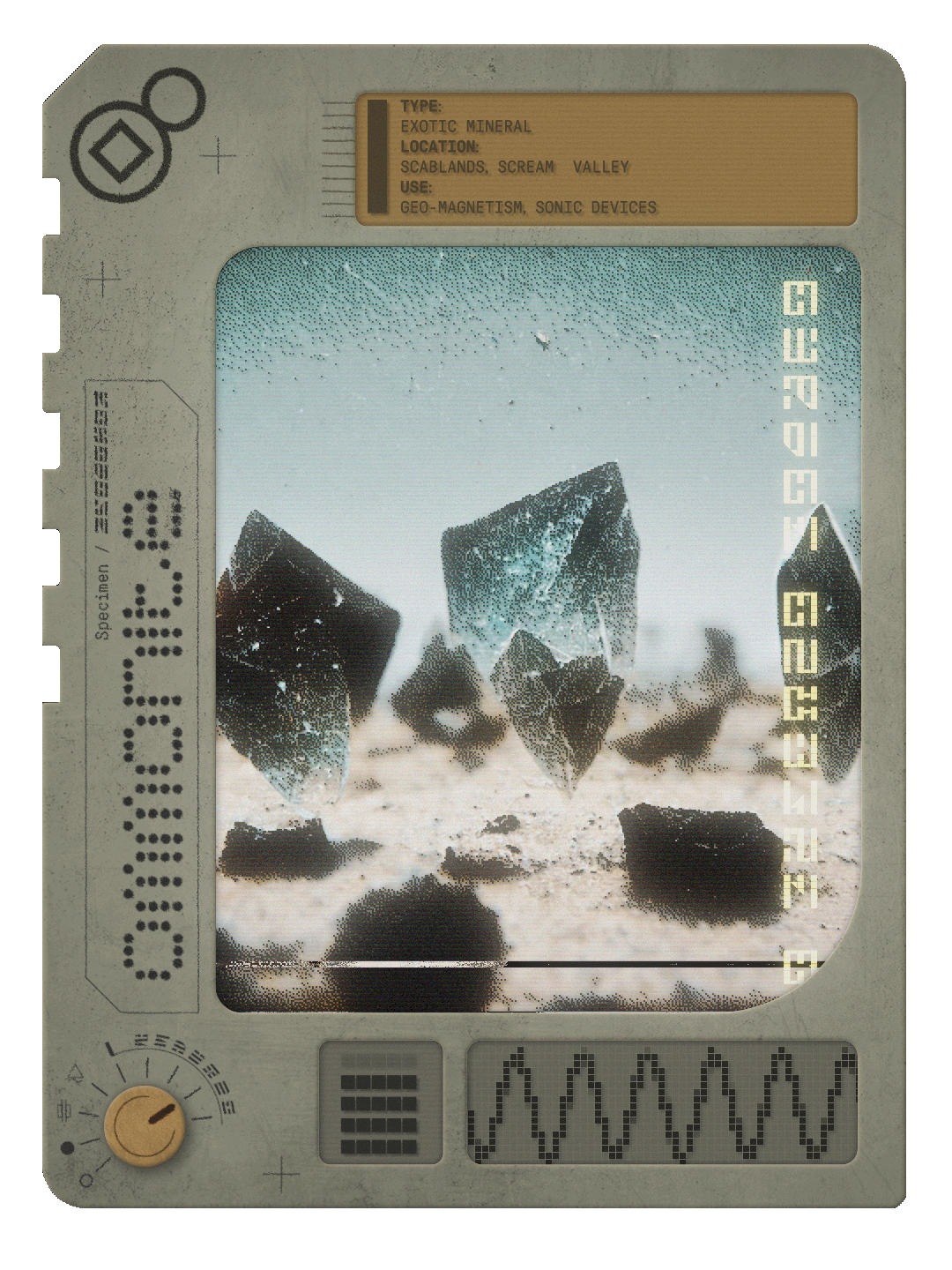 Ommonite is an extremely rare mineral found in shards near a zone in the Scablands known only as Scream Valley. Usually found in clusters, these shards emit a quiet ominous sound that could be mistaken for a creature. Ommonite itself is vibrating, caused by its magnetic properties reacting to superconductive meteorite deposits deep beneath Scream Valley. When aligned with a superconductive source of resonance, Ommonite starts to sing! The frequency of these vibrations changes depending on the shard’s orientation. Miners & engineers have discovered that this property can be “tuned” to form a sort of sonic “compass”, which enables accurate navigation of the subterranean tunnels of the Scablands. In larger quantities, engineers are rumored to have rigged ultrasonic projectors to focus the resonance over distance with unpredictable and often lethal results. This has led to divisive yet fruitful campaigns to harvest Ommonite for weaponization and medicinal uses. Infrasonic researchers are at odds with the Binaural Brainwave scientists. Even a small shard of Ommonite repays its holder richly in navigational and communication abilities. WARNING: Most people who spend extended periods of time around large quantities of activated Ommonite can develop long-term effects to their health.