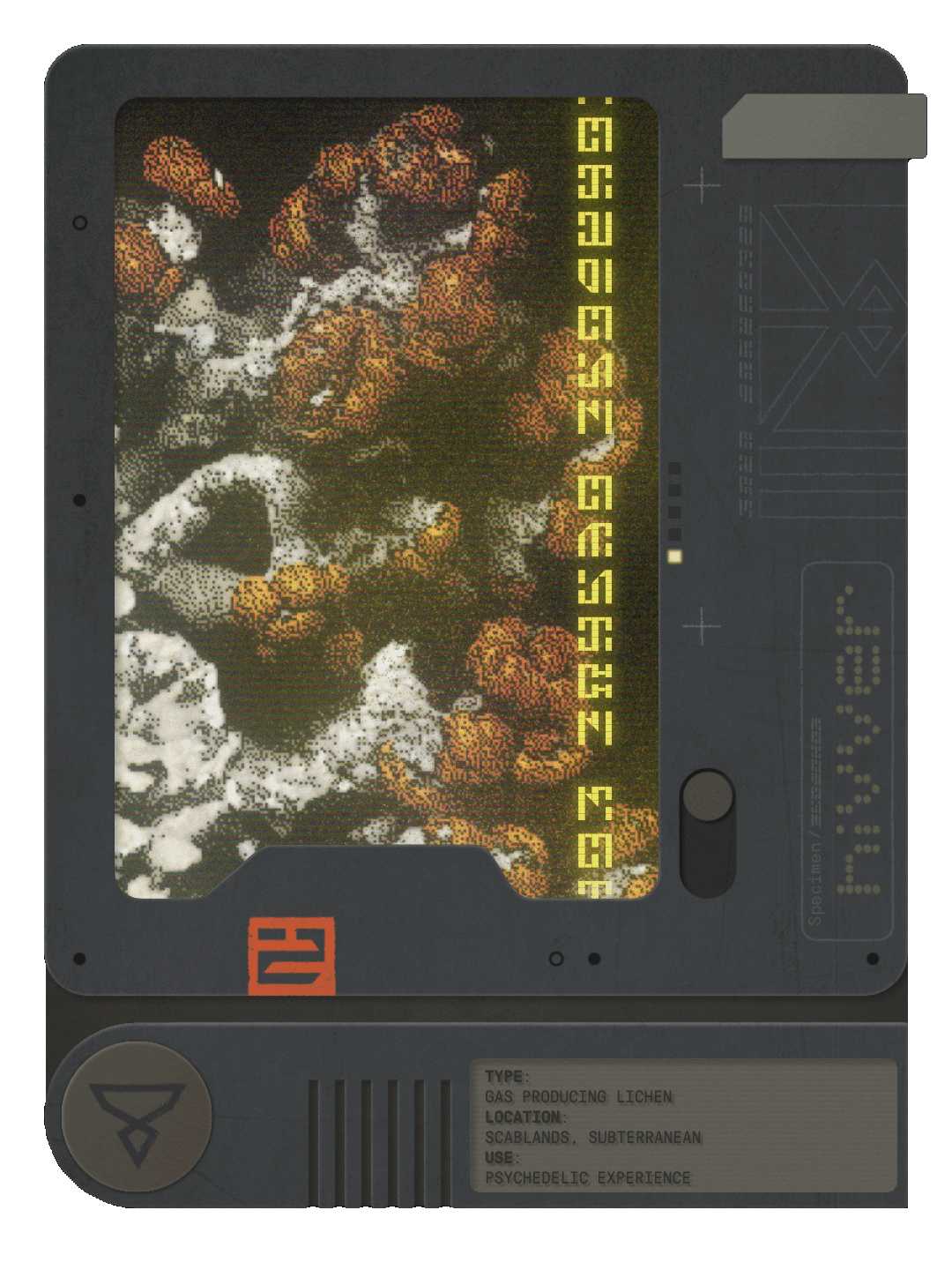 Discovered deep within the subterranean cave network beneath Skarem's Scablands, Hivver lichen has spawned a small, but fervent following of prospectors. The seekers of this rare and little-known organism are after the intoxicating gas it produces. Consumption requires special attachments to pipe the gas into helmet breather systems and is not breathable for more than a few moments, but produces a potent psychedelic experience described by travelers as uniquely vivid and transportative. Prevailing rumors suggest that ritual usage can produce life-extending effects. The lichen grows in the crevices of cave walls near underground aquifers and is notoriously delicate. No one yet has been able to successfully transplant the organism, leading to extended camps of gas-huffers to form around Hivver-rich locations. Dried Hivver, however, still fetches a high price in niche BC gastro-markets as a delicacy. The faint bioluminescent glow the lichen produces gives this unique environ its blue hue. Rumors of other fascinating phenomena existing in the "blue" abound. The long terms effects of the gas on humans - and other forms of life - are unknown, though the discovery of the gas' highly combustible nature has lead to an unspoken ban on firearms in the blue caves.