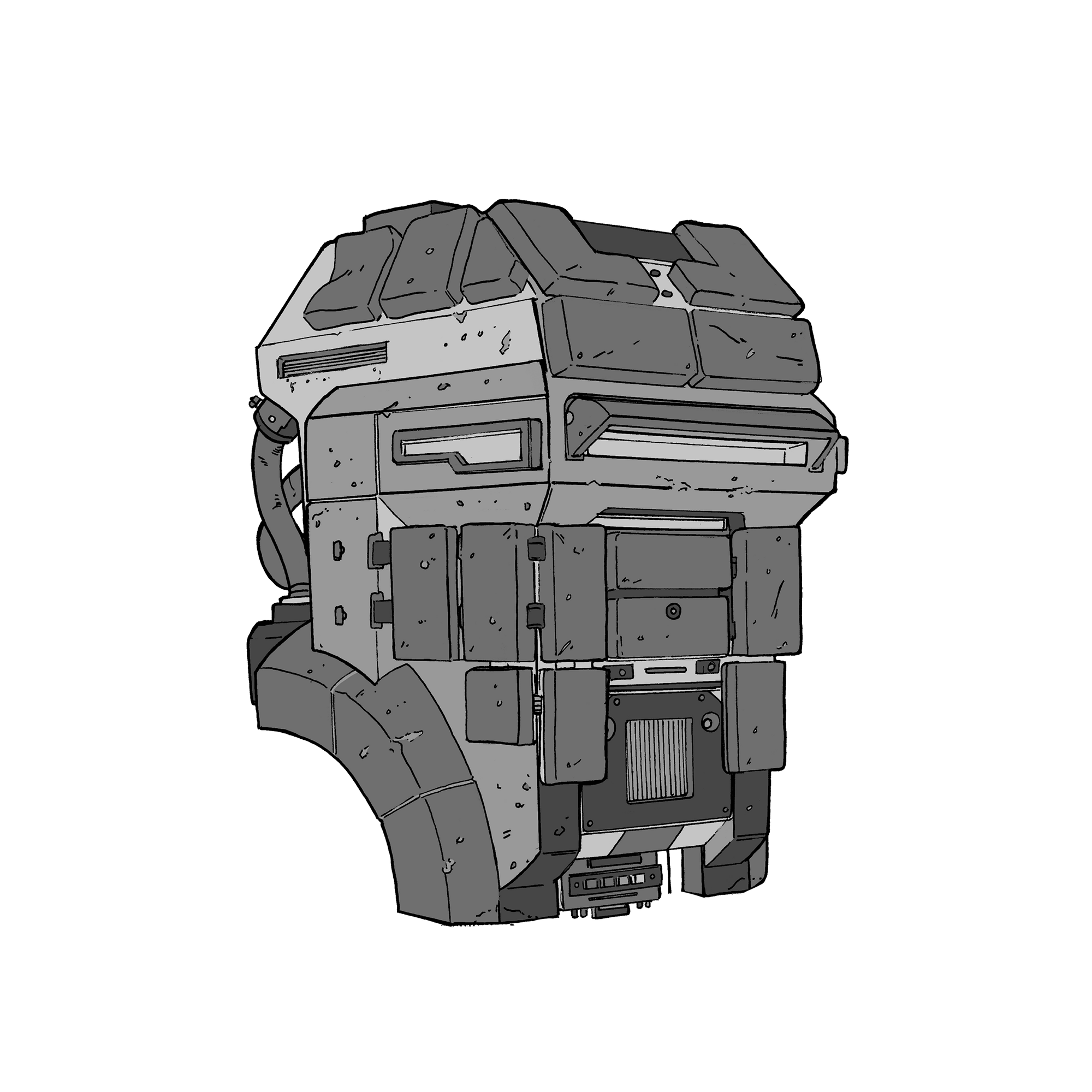 Canner Machine built this box to be indestructible. Crystal slats, heavy metal, and padded facets make it a fortress against rockspray and hardsmack. A haven for any with designs to desecrate all manner of floating rock. It's no wonder it became the headpiece of choice for the baddest posse of rustlers the Fringe has ever known. While the Headforger name echoes in the stars, what most don't know are their humble origins. The Busker family, migrants like the rest, were some of the first to lay claim to the scattered mass of the Rocky Cloud. Common miners seeking payload and paradise. But when Horvo and others traipsed in with trussy strut, taking boon and quashing peddlers, that turnt them Buskers anti-corpo real swifty. Soon the family's aims angled from peaceful pillage toward straight rustling. Maybe the first true ones, they was. Made a fortune of it too and two generations past. Old Brinn Busker, granddaughter of the chief, were at the helm when the Freight Wars fizzled up from the moldy gaps and she had a taste for corpo blood and corpo money. Over the seasons, them Buskers got real creamy at floating and shooting in tandem. Soon everyone was hearing of the Headforgers, brutes of mercs, eager to fight for either side so long as the pay was good and the kips were ripe for plucking. And they did. No ear for preaches, just a hard eye for cash and the Man and Dugall both were chuffing. Nowaways every crippled crew is looking for this snack. The visage got a reputation.