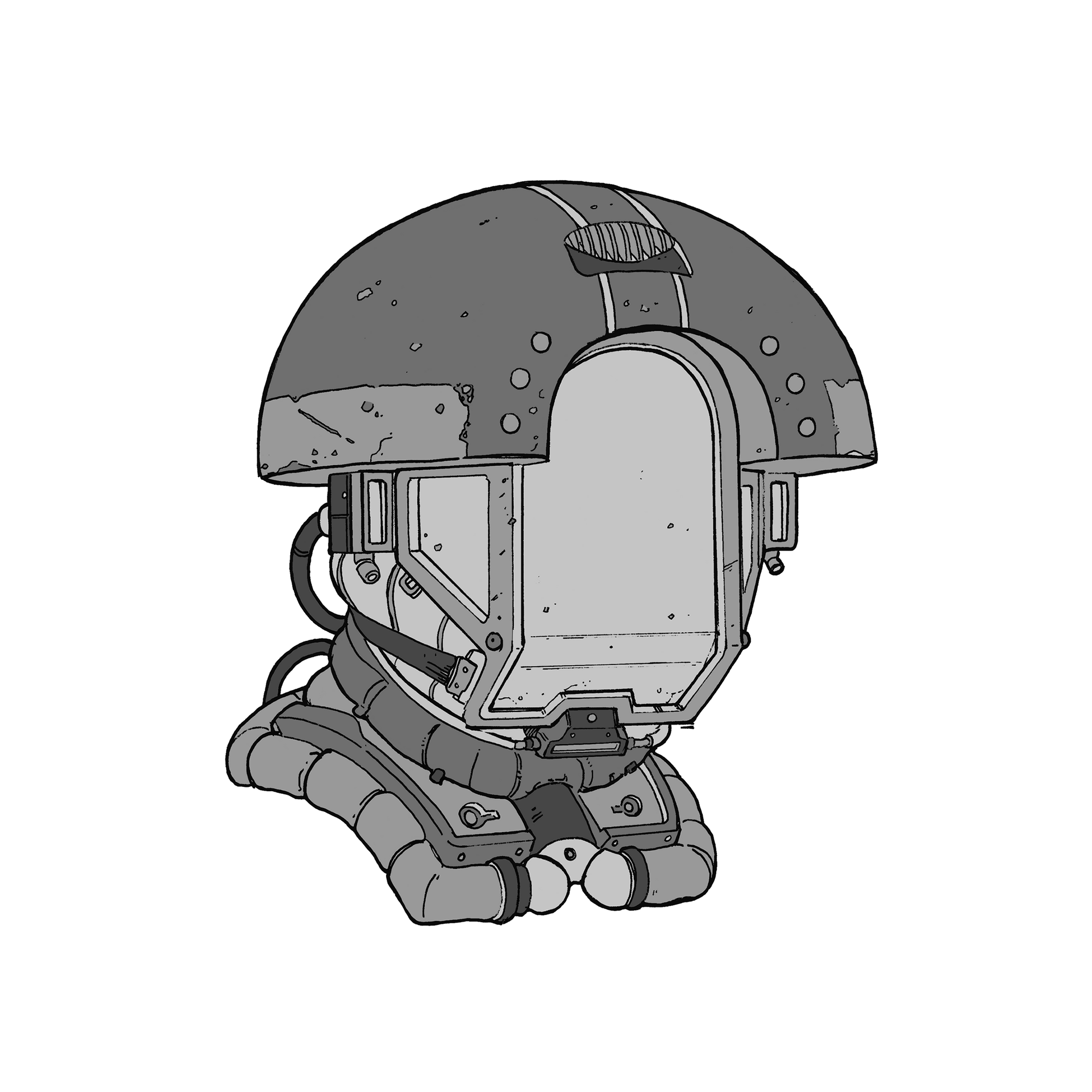 This kit's a goofy in-house deal from Horvo. A mineral company, not an outfitters. It's funny how the clubs that flex the strongest when it come to uniformity tend to breed the most discontent. Horvo quipt all the rock fuckers in their stables with these prongs and not long after they all bum-rushed the foreman's office and took to the stars on company craft. Praps the distinctive shadow of the hat is due credit for it's stature as a symbol of anti-corpo independence among the Free Fringers. Shows up in all the posters. It's not a bad hardshell, but not a particularly good one neither. Flat crystal prone to glasscrack and heavy as bhalushit, but that mushroom cap can take a hit. Heard chant that some clever contingents in the Freights found interesting use for these helmets in head-first EVA maneuvers. Comin straight at you, alls you got for a shot is a ricoshield the size of a dinner plate. Try and hit that.