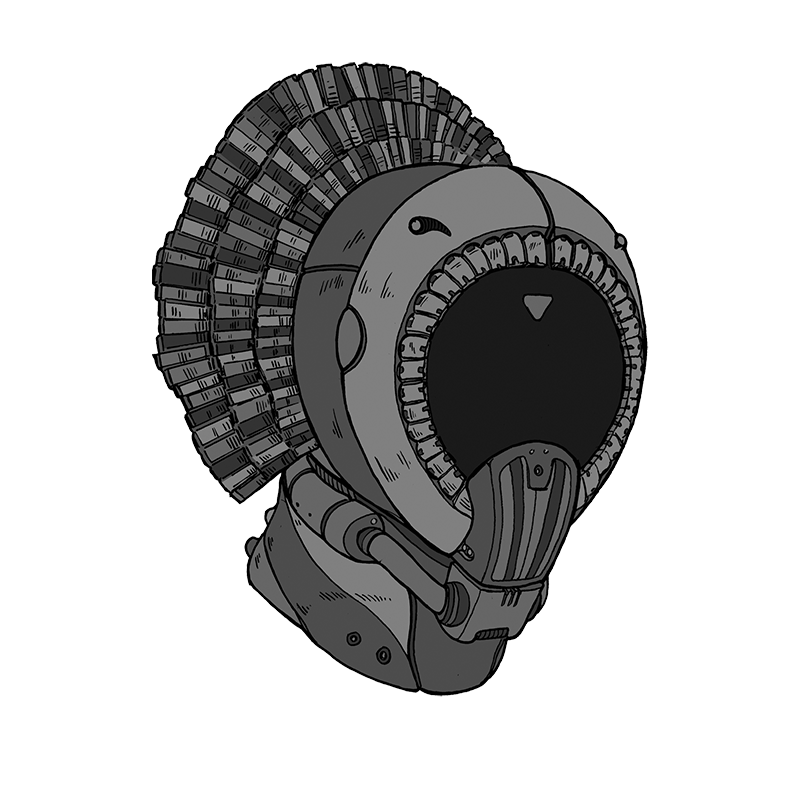 I seen these only once in my life. Ran into a posse of these headdresses while humping sweetglass for this smuggling outfit back when I was a young scrapper game for any grub I could snag. Real haggard crew they was. The smugglers, that is. Had to pit on some wilderness intermoon to reem our outrigger. Don't remember the moon's name or if it even had a name. Just remember it was red and even with CAT3 filters, the air in my bob tasted like cap juice. Tingly. Four of these figures emerged from the chalk, leering all stoic like. My skipper made chant of old Kano tech. Said they was multi-planar. Could see into the soul layer. Feels speculative and in my time these sort of notions haven't found much purchase, but clear as, I can't scratch that the whole encounter felt spiritual, whatever that means. They drifted on, no comms exchanged. Perhaps 'cause they had no need for such a primitive mode of interface. Regardless, they walked like they had bigger pots to tap and needn't give so much as a fart for some darkside grub humpers. Everyone knows the legend of the Holy Predator and Queen Chanko and if the story holds, means the Kano line ended with him. So far as I know these were just some sulky scrappers who dug some old bobs out of the dirt.