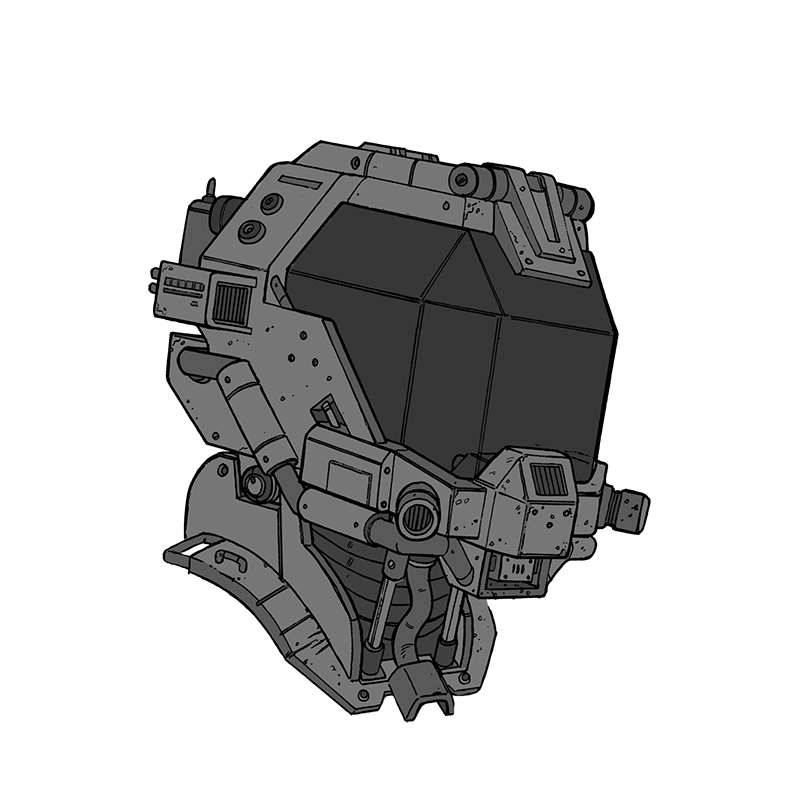 Fowes Trent is a trussed-up mutineer that thinks he can peer genteel with the BC crowd now that he's purplized his made-up legend through his incessant volumes of soft-cover fiction that prance as otherwise. The Cove Stalkers - his rag-tag band o' mercs - are a bunch of payday goons with candy coffers gilded in corpo-coin. Funny money. All they done is cramp a handful of dumb kips in backspace. Lest I get alleywayed in the night, a modicum of respect is due for the lethality of the arsenal they've become. The Cove Stalkers are indeed a formidable crew by virtue of sheer numbers and caliber of kit, but money has always been a shortcut to stature and the Cove Stalker name is built more on commercial success and good chant than heroics or any other such grit. I can understand if this whiffs of jealousy, but don't be misconceived. Let the Stalkers play as they may, I care not. It just irks me that the Stalkers insist on planting their name on everything when Jannes Gofer designed this bob spec for the Holy Forks. After the Gofer bros split, Jannes shacked up a new outfit as Pendulum and this piece was their flagship. Premium build quality. Lightweight as ever. First true hybrid, I reckon, fully capable float and surface. The distinguishing feature was the sonic readout in the crystal, designed specifically for the Holy Forks to track and hunt Potter Beetles. Thing is, it also made these bobs ace in combat. Jannes was always a peaceable fellow, so I know he lives to resent the military association. Fowes Trent was just some corporate grounder pounder for Bogram when he and his crew mutinied the whole dig for some reason or other. That taste of grandeur spawned the Cove Stalkers and with bloated pockets, they bought up the tastiest bobs they could find, hence the signature. Ah well. Guess I can't fault any drifter for rustling some cash. Cause that's what he is no matter how much he feigns otherwise...a drifter.