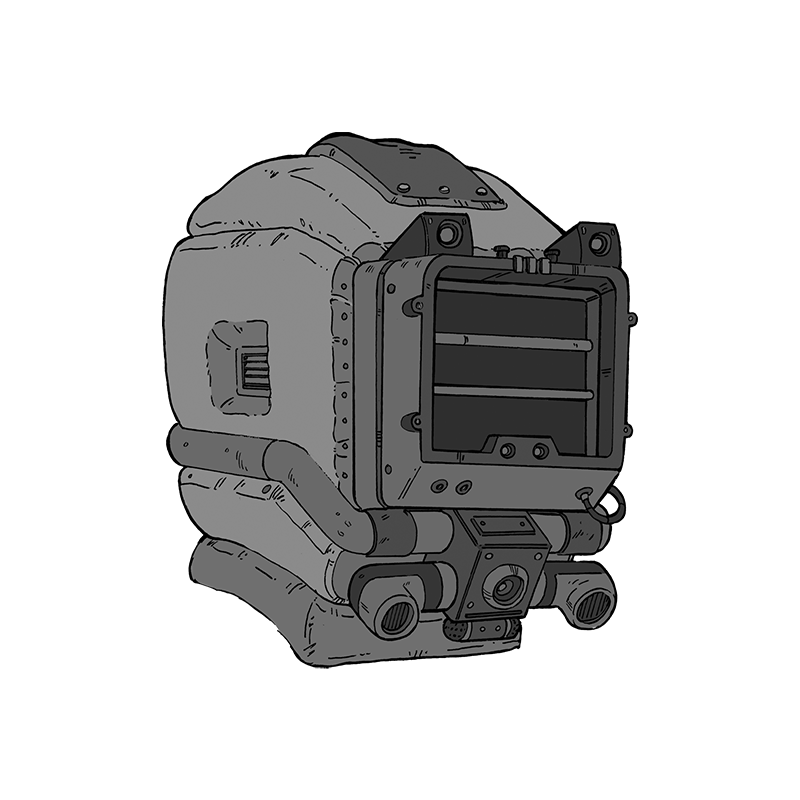 A tragic design, though by no fault of the Gofer boys. Coulda been a stalwart. Twas their first (and last) play into broadmarket appeal, taking all the merit of their spec pieces and packaging it right for volume production and a tasty price point. Versatility was the aim, with squeezebox rigidity in a compact form factor, rad insulation built stock, and swappable visors for a whole bream of use cases. Coulda been a hot market wot these dropped nowaways, but Gofer sealed the weld right on the prick of the Freight Wars. Fast as capflash, Earlie scooped up the first run to pot all his mercy boys. Everyone knew Gofer was right rigid, the local pride and peak of Fringeling engineering. But these bobs aint fight bobs and they never was intended to be. Reckon y'all heard of the Battle of Hazelands? More of a massacre than a battle. A fistfull of Dugall stalkers was all it took to wipe two full scuds of mercy boys off the face of Earlie Prime. Couldn't see for shit with these blinders for bobs. Some say the only cap-fire was from death shakes. Those stalkers could just creep through the haze and quietly poke a hole in the back of every unsuspecting kipper, daisy-chaining kills until the whole crew was cramped for good. The residual guilt over the matter left the once-prolific Gofer bros inept and the workshop disbanded. Shame all around.