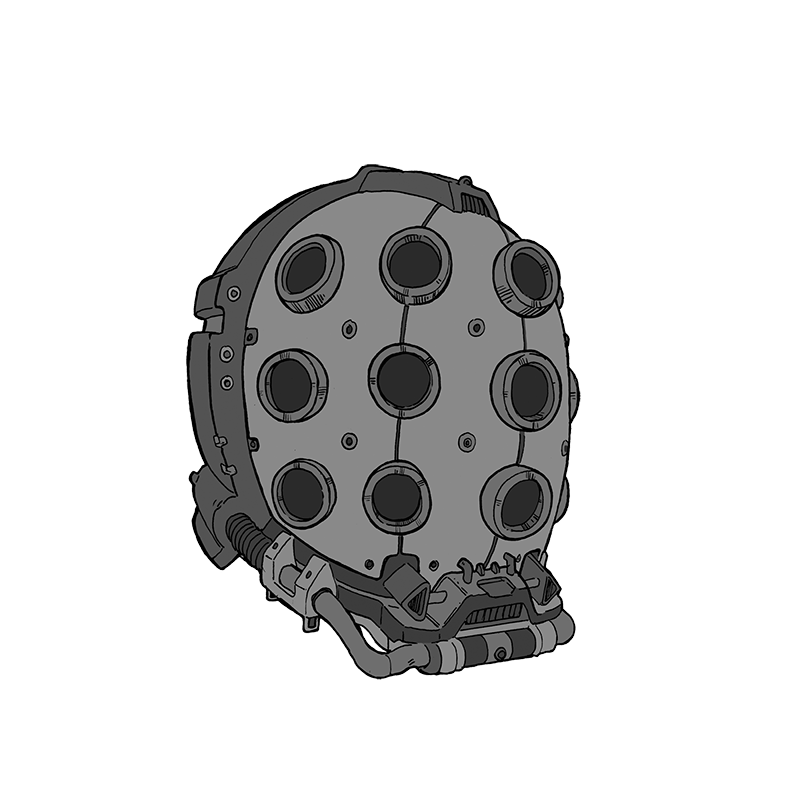 Ha! This bob a rife one. A deepsatch growler of the highest order. The first and only true squeezebox, I reckon. Commissioned by The Scapers they say. Real drifter leanmeat they was. Deepsatch miners with that oldstyle fringe-borne grit. They was trying to drop into Ruskam Gap to harvest that premium biofilm (the kind that fuels those SKX longhaul navitimers) and needed a bob that could task those pressures. Gofer was just a couple bros with a scratch shop on Earlie Prime at the time and this custom bobber for The Scapers would be their ticket to big-time expeditioncraft. Real creamy workmanship from those Gofer boys, especially afore they bulked up. Anyways, The Scapers gutted the Gap, brokebent as they were, and the growler served them well. Nowaways though, you see some kip frosting this bob, more likely he a pirate than a deepsatch vet. Costumed impressionists who've never felt a squeeze, just like the look cause they think it make them look scary like a harpclaw or something. Waste of a true specimen. Used to be you had to earn your keep rightaways, but such is the way of the fringe ever since Dugall opened the gates to any old cove.