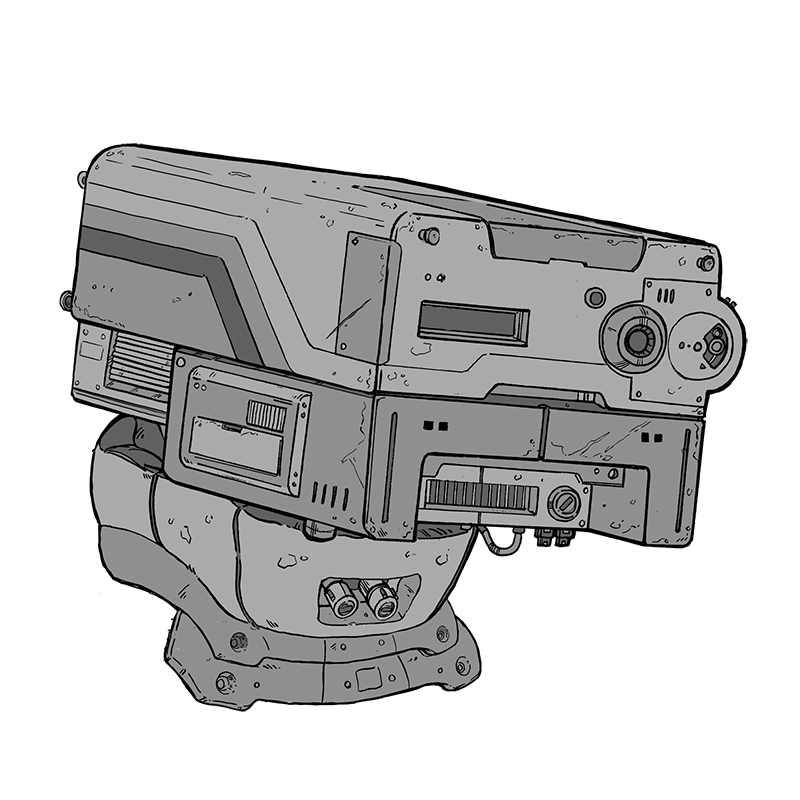 Fucking boxheads. The sight of these abominations still makes me rattle. Starsight built these as a ticket to prance their new compact hyperspec optics. Same fidelity as their ship systems, but packed into a bob. But did any of those kooks stop to think about what happens to human matter when you beam hyperrays straightshot? No chantcraft, the scratches are tasty, lending hyperspectral perception in all manner of zero-viz environs. Chalk, haze, cistern, puredark. Doesn't matter, these bobs will give you purview. Upstart jelly-mining outfit Deaconcore snapped up the first run to kick off their ops in the Jocum Haze Caves, but it was only a matter of decacycles afore their miners started going wild. They say the eye taps straight to the soul, so I reckon it's not too windy to presume that the right shade of light through the aperture could tarnish one's essence, but I don't know much of such things and claim no cake in that regard. But when it comes to the Freight Wars, I'll take my cake. Some minstrel at Dugall reckoned these Starsight bobs would be ace in combat and I tell you what, the mercs frosting these boxes were the nastiest milkfuckers I ever painted. Animals. I spose once you go hyper in the brain, it be hard to come back. Not ashamed to say I'm too scared to try. Dabble with caution.