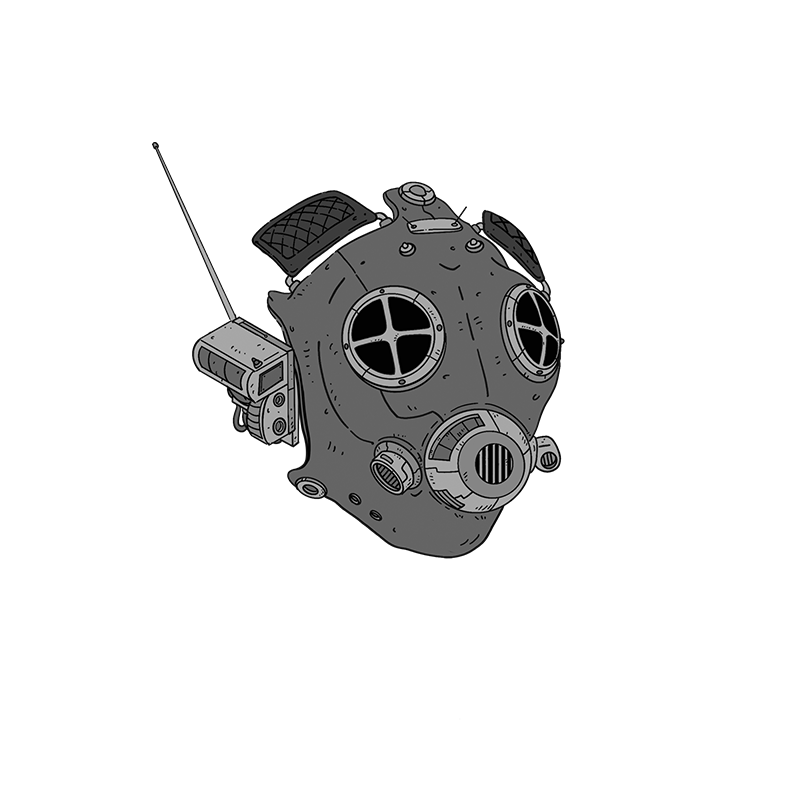 Warmax's update to The Wozer, their first comtox mask offering. Features the same tox protection, but with increased comm range and a lighter build overall. Given these hit the market just past peak conflict - when Earlie's rustler-mercs were really going to town with the float jobs and Dugall started taking the fight to the surface in earnest - methinks it was, at least in part, a combat play. If you wanna siege a settlement, you gotta at least try to make a pinch of it, and that means coordination across squares of who knows what sorta terrain interference. Regardless, still a go-to bob for sector digs or any such comm-heavy operation. Of late, I been seeing them a lot on the real lonely drifter types. Solo rovers, scrappers and scavengers, bottle collectors, and the like. Pos to chant wares to any passing crew, but I reckon I'd get yearny for some patter, drifting all by myself for decacycles on end. So wouldn't stir me up if them rovers like to channel surf or whisper mischief into unsuspecting tinners. I know I would.