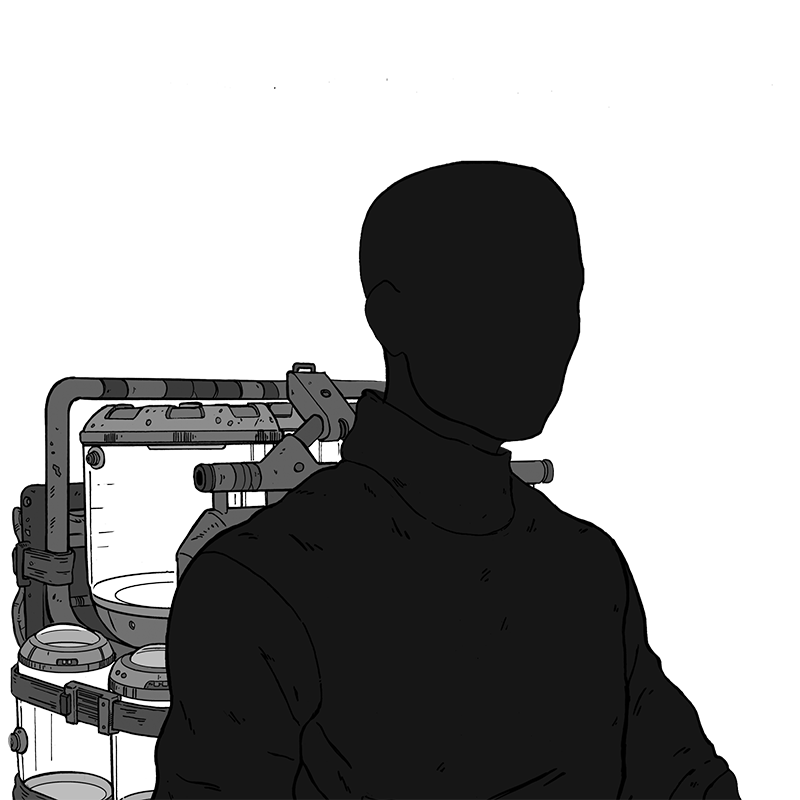 While trapping and hunting were the initially the chief industrial methods for interacting with the wild new swath of Fringeling fauna, the rife market for live capture gussied its peck shortly thereafter. It started with them gastrotechs wanting for fresh morsels, the wildest and weirdest of which seemed to find their way out into The Fringe. And then the exotic collectors of BC's moneyed dementia started skimming critters and needed means of transport. Gerrick & Tonerly were already fabricating industrial-grade incubation systems for brolite larvae and were quick to pounce on some new Fringeling business. The Pack Menagerie is just one of their frontier-capable products designed to keep live wares as such for the duration of their journey to their new masters...but only just. This is NOT an incubator, despite the manufacturer's heritage. Biome canisters are capable of sealing and seeding, but the slides are much more crude than a full incubation system would offer. Thus enters the cryptic craft of pot poaching. Only the magicians among the class have been able to husband their bounty with any reasonable rate of success, using backwoods chem to approximate the living conditions of the species' native biome. But a successful journey yields high reward among the pet collectors back home, making the venture an appealing one to many, despite it's high skill threshold.